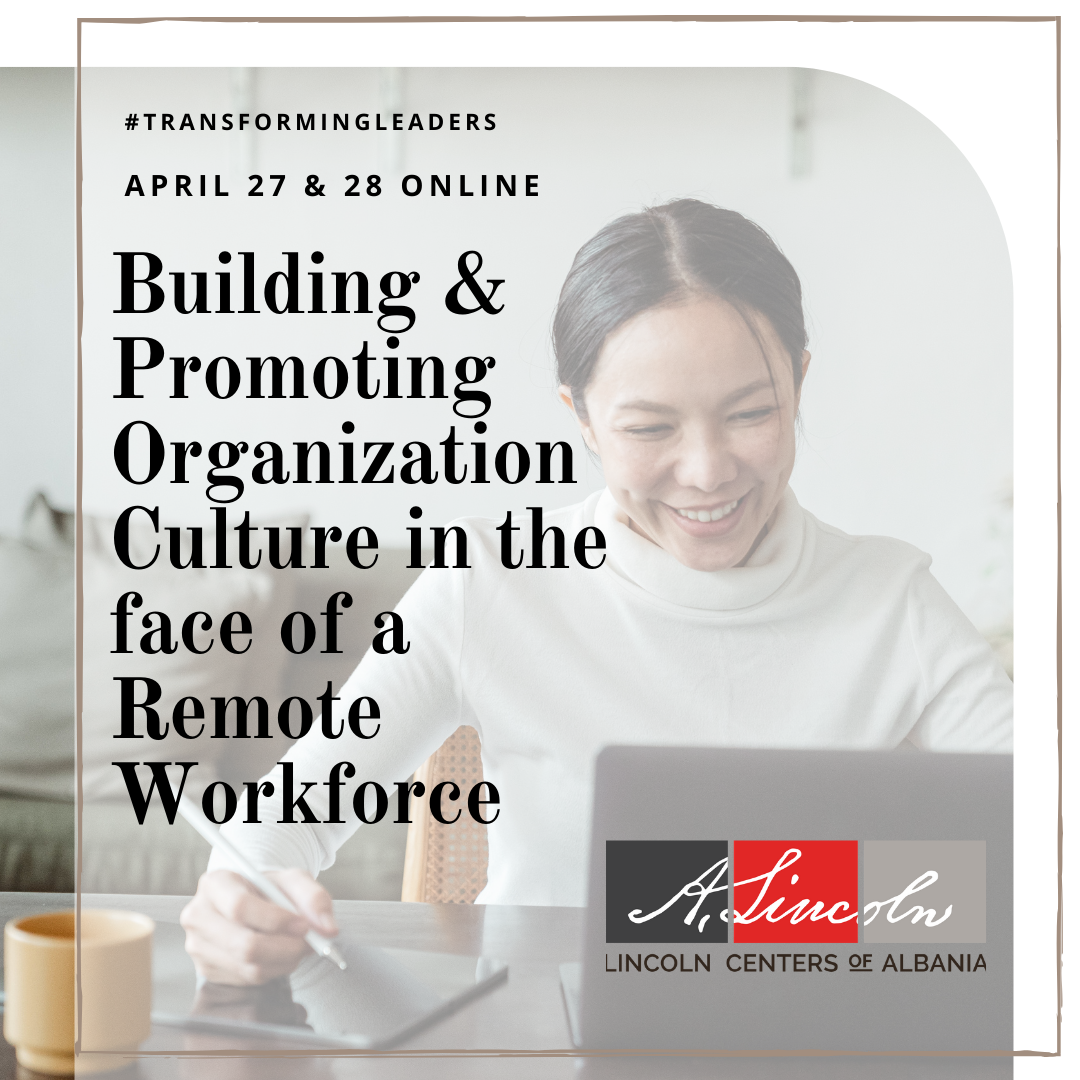 Confirm registration with Irisa Bardhi at ibardhi@lincoln.org.al or 068 436 4431

A great culture within your organization can take your business to the next level of success. Today’s organizations face many challenges when it comes to building and promoting their culture – especially in the face of the ongoing, global COVID-19 pandemic.

The best Human Resources (HR) and leadership teams today are aiming to create a culture that is more inclusive, more innovative, more adaptable, and more engaging. Culture is the key to unlocking an organization’s greatest potential, yet senior leaders often struggle to identify and leverage the functional aspects of their organization’s culture so its power can enhance their brand, improve business results and fulfill their organization’s purpose and mission.

This session is designed to equip you to:

These teams have been instrumental in accelerating the growth of technology based, public and private U.S.-based companies several of which have led to multi-billion dollar acquisitions by firms such as IBM and Cisco Systems. He has operated and contributed at the highest level of these organizations as an Executive Vice President and C-level executive while influencing respective Boards of Directors.

He was formerly the Executive Vice President and Chief Human Resources Officer at Excelitas Technologies, a privately held, $850M global leader in photonics with over 6,500 employees. At Excelitas, he was responsible for creating the company’s global human resources strategy and leading HR and business initiatives that attract, engage, retain and develop a strong global team that enables the company to achieve its growth objectives. He also led the corporate marketing, legal and compliance areas at different stages of his Excelitas tenure, leading the company to almost triple its growth in a span of nearly 8 years.

Michael is the Founder and Principal of Blue Maple Advisors, a business and human resources advisory services firm. Michael holds an MBA from Rivier University and a BS in HR Management from the University of Massachusetts, Dartmouth. He is a member of the advisory board for CultureHQ, a Certified Compensation Professional (CCP), a Certified Partner for the Predictive Index, and a Certified 360 Assessment Facilitator from the Center for Creative Leadership.